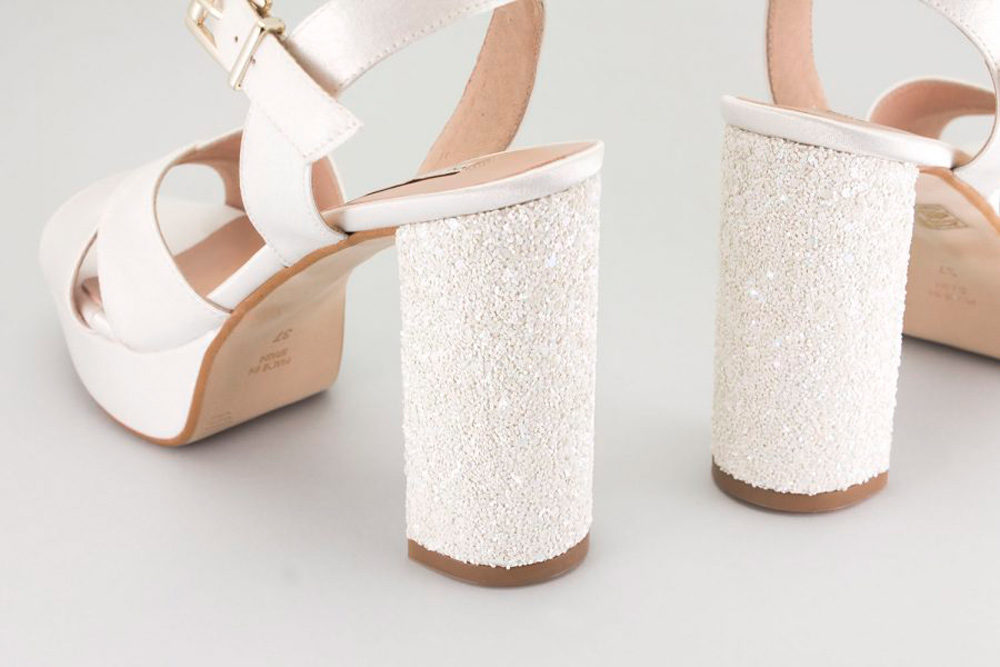 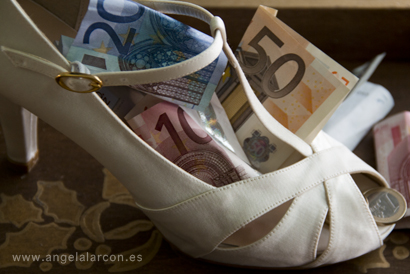 We know that there are many traditions, superstitions and rituals at weddings. Borrowing, old, new and blue is only a tiny part of the whole range of customs in the world. Among all of them we have compiled some that have to do with bridal shoes. Shall we do a little review?

In some cultures, bridal shoes are considered objects of good luck due to their moon shape, symbol of fertility.

In Portugal, the bride’s shoes are used as a collection box so the guests can put money inside them, thus helping the newlyweds financially. 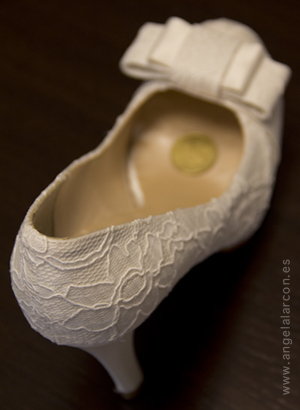 It is said that at the time of the Tudor (15th century), when the bride and groom left in a carriage for the honeymoon, the guests threw shoes at them, if any of them hit the car it was considered a good omen, a sign of good luck.

Continuing with this theme, formerly the bride threw her shoe at the wedding to transfer the happiness of marriage to a single woman. Currently this would be a danger, especially because of the heels, so you use the bouquet or league with the same objective.

In Sweden it is a tradition to put coins in the bride’s shoes in order, according to the ritual, to guarantee that there will be no economic difficulties in the marriage. The father places a silver coin on the left foot and the mother a gold coin on the right, so they wish their daughter happiness in the marriage. However, according to Hindu beliefs, there is a place in hell reserved for those who outrage Lakshmī, the goddess of fortune (represented by coins). 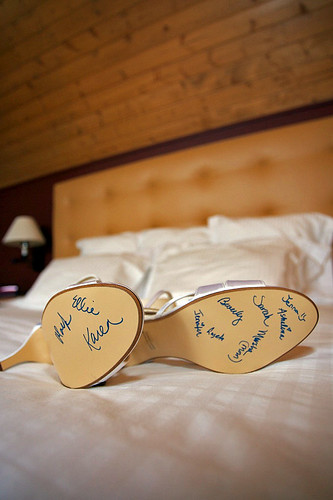 The practice comes to us from Turkey it seems that it is a custom that is becoming trendy and gaining followers in the rest of Europe. The bride puts the names of single friends on the sole of the shoe, after the dance of newlyweds the bride takes her wedding shoe and looks at the sole, the name that has been erased most by the wear will be the next to marry. (Photo: Andrew Morrell Photography)

Similar to this tradition is that of putting the name of the marriageable friends on a piece of paper inside the right shoe and burning it at the end of the ceremony. In this way the friends enter the altar with the bride (on paper) and it is said that within a year there are possibilities of getting married.

In Hungary, the most important toast of the wedding is when the groom takes the bride’s shoe off and uses it to drink like a glass. It is also said that in Russia the groom drinks vodka on her shoe, but I don’t think these practices are done with bridal sandals.

What other customs do you know? What tradition do you like the most? We are waiting for your comment.

Buy you wedding shoes in our shop online.

« How to choose the right heel for a special day?10 reasons to wear nude color shoes »
Leave a ReplyCancel reply